After Federal Chancellor Kurt Schuschnigg had announced his resignation in a radio broadcast on the eve of March 11, 1938, thousands of Austrians rejoiced in the impending National Socialist seizure of power. At the same time, members, sympathizers, and opportunists of the hitherto illegal Nazi Party (NSDAP) began to arrest and humiliate known opponents of the Nazi regime and Jews.

Already in the early morning hours of March 12, Reich SS Leader and Chief of the German Police Heinrich Himmler landed at Aspern airport. In his entourage were high-ranking German police and security forces, among others, staff from the Gestapo Headquarters Munich. They were assigned the task of establishing the Nazi police apparatus, especially the Secret Police, without delay. They were greeted by numerous members of the Austrian police, who now openly revealed themselves as Nazi sympathizers or illegal Nazis. 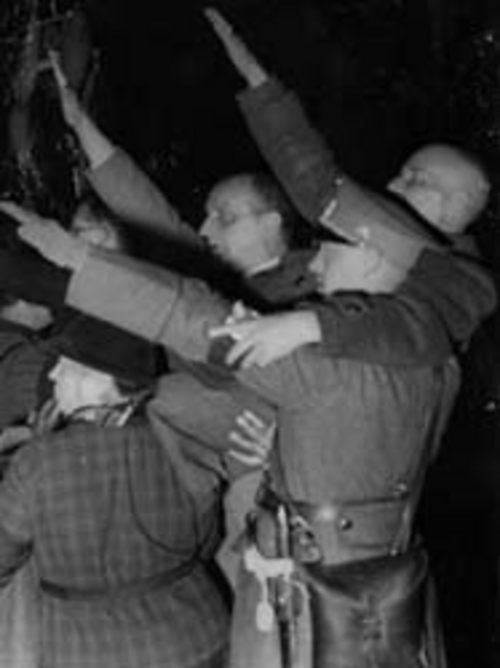 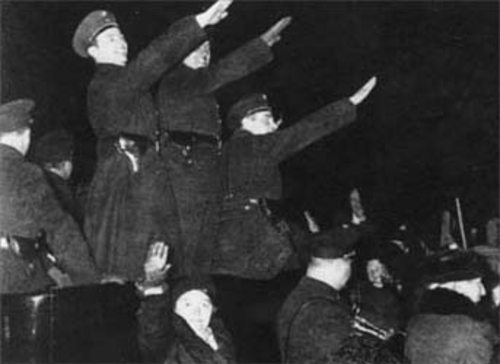 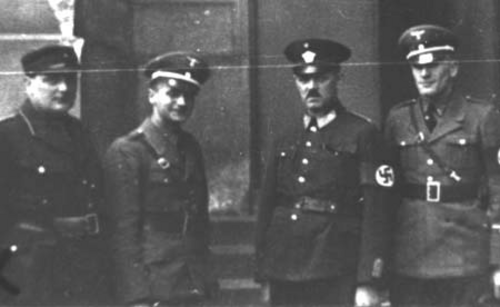 In the first weeks after the "Anschluss," well-known inmates of the police jail on Rossauer Lände - politicians of all former political camps as well as Jewish business people - were "summoned" before influential German National Socialists.

The inmates were reviled and threatened. Spearheading here were the coal merchant and SA member Franz Towin (2nd from left) as well as the commander of the prison security guard Johann Herzog (3rd from left). (Photo: DÖW)