In 2007 the Norwegian writer Jan Erik Vold published Ruth Maier's diaries and letters. From then on, the fate of the girl from Vienna who had hoped to find safety from persecution in Norway, but who was delivered to her murderers by the Quisling regime police, became the symbol of the collaboration by parts of the population with the German occupiers. When Norway's prime minister Jens Stoltenberg on January 27, 2012 took responsibility of the Norwegian state for the crimes against the Jews, he named Ruth Maier as a typical example:

"The Holocaust came to Norway on Thursday 26 November 1942. Ruth Maier was one of the many who were arrested that day. [...] On 26 November, just as the sky was beginning to lighten, the sound of heavy boots could be heard on the stairs of the boarding house Englehjemmet in Oslo.

A few minutes later, the slight Jewish girl was seen by her friends being led out the door of Dalsbergstien 3. Ruth Maier was last seen being forced into a black car by two big Norwegian policemen. Five days later the 22-year-old was dead. Murdered in the gas chamber at Auschwitz." 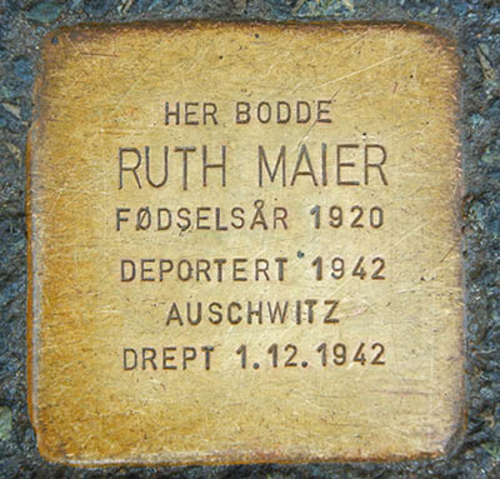