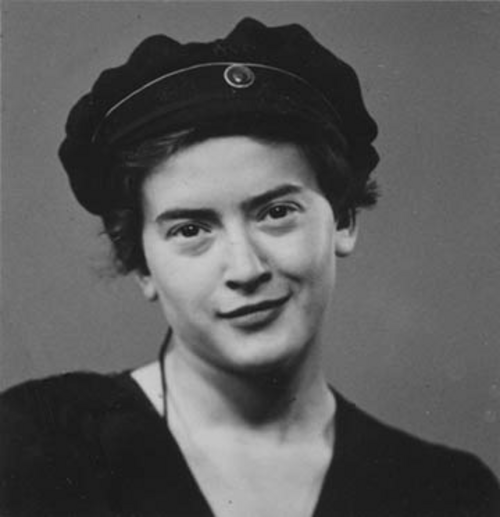 On January 30, 1939 a family from Lillestrøm, Norway, near Oslo, took in Ruth Maier. Arne Strøm, an acquaintance of Ruth's deceased father, had vouched for her with the Norwegian bureaucrats. In August 1939, Ruth became student in the final year of the classical branch of the Frogner School in Oslo, from which she eventually graduated.

Every few days Ruth wrote her sister Judith ("Dittl", "Dita"), her mother or her grandmother, describing life in Norway and her problems as refugee and as a young woman. Her efforts to enter the USA remained futile.

In late autumn of 1940 Ruth met Gunvor Hofmo. The two fell in love and became closely attached up to Ruth's deportation. The Norwegian poetess preserved Ruth's diaries. She would never get over Ruth's violent death.

The German invasion of Norway on April 10, 1940 delivered Ruth once again into Nazi hands. The German occupation government and the collaboration of the Norwegian Nazi party under Vidkun Quisling, represented a life-threatening danger for the Jewish population.

Saturday, 20 July 1940, Lillestrøm
"Lillestrøm is now quite insufferable. You bump into German soldiers at every turn. They wink at all the young girls with the same self-confidence and the girls are always smiling back, infatuated by the uniforms. It'so painful to watch." | HL-senteret

Beginning of January 1941, Biristrand
"I cannot describe the warmth between myself and Gunvor.
I so love her deep eyes, I love her manner of talking about
things." | HL-senteret