From the beginning, the National Socialist regime persecuted with great brutality persons who joined Communist resistance groups. Communists offered the most determined resistance resulting in the largest number of victims. They emphasized their Austrian-patriotic orientation and advocated - irrespective of their other social and political notions - the restoration of Austria's independence. Thanks to the influx of former Social Democrats, they became quantitatively the strongest resistance force.

The Communist resistance fighters repeatedly succeeded in building up a net of illegal groups of functionaries; however, almost always they were broken up by the Gestapo. Until the end of 1943, the Gestapo Headquarters Vienna arrested 6300 Communist party supporters. 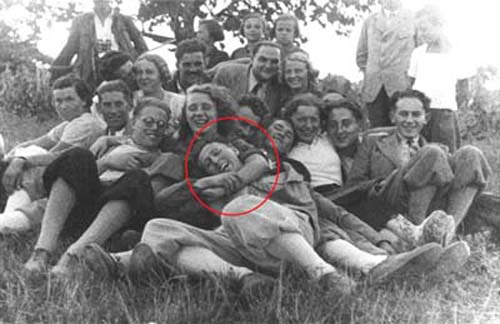 Like numerous other young resistance fighters, Robert Kurz came from the Social Democratic youth movement (the photo, taken before 1934, shows him in a group of the Socialist Workers Youth Leopoldstadt). After 1934, he joined the illegal Communists. However, the group was uncovered in the summer of 1941 through several infiltrated Gestapo spies. Robert Kurz was sentenced to death in 1942, and executed on January 28, 1943.