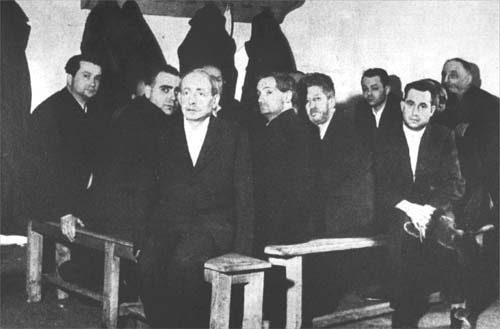 Department II/IV of the Gestapo Headquarters was responsible for all police procedures and actions in connection with persons who were considered Jews according to the "Nuremberg Laws." It persecuted violations of the numerous regulations and decrees whose purpose it was to rob as well as to ostracize and boycott the Jewish population.

In the months between the "Anschluss" and the onset of war, the Gestapo arrested thousands of Austrian Jews and detained them in various concentration camps. These mass arrests were intended to expedite the expulsion of the Jewish population, which was carried out or organized by the "Central Office for Jewish Emigration."

Among the Gestapo's agendas was apart from the confiscation and utilization of mainly movable Jewish property (e.g., cars, art works, or furniture) also the monitoring of the Jewish Community (IKG).