was founded in 1963 by former members of the Austrian Resistance, victims of NS-persecution, and committed scholars from the sciences and humanities. The centre's initiator and its scientific director until 1983 was Herbert Steiner, who had returned from exile in Great Britain. From the very beginning the centre had a nonpartisan and pluralist orientation: the Communist, Socialist, and Catholic-Conservative associations for the victims of Fascism, the Catholic Church, the Jewish community, representatives of the Roma and Sinti, and politicians sat on its executive board. 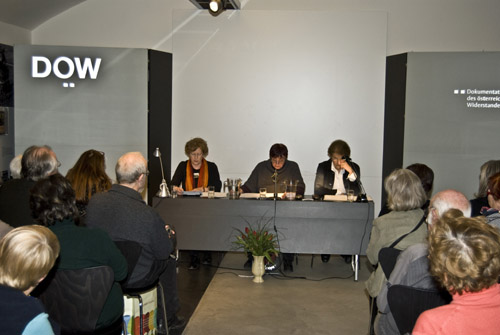 A landmark in the development of the centre was the establishment of the DÖW Foundation in 1983, which is supported by the Federal Government, the City of Vienna, and the DÖW Society, thus putting the centre on a sound financial footing. From its modest beginnings, when work was carried out mainly by idealistic victims of Fascism and later by a qualified younger staff, the centre has developed into an authoritative institution, respected in Austria and abroad. The focal points of the centre's broad range of tasks can be summarized as follows:

The activity of the centre encompasses the following areas: