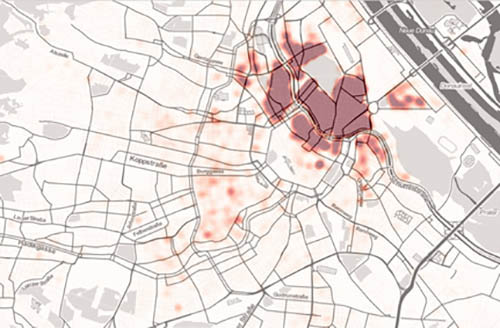 The Documentation Centre of Austrian Resistance (Dokumentationsarchiv des österreichischen Widerstandes - DÖW) is organizing an international workshop: “Persecution at Home: Eviction and Resettlement of Jews Within the City Space, 1938-1942”. The workshop will be held at the DÖW and the Renner Institute in Vienna, Austria on September 21st and 22nd 2020.

In view of their later experiences of flight and deportation, survivors rarely give much mention to the resettlements and “ghettoizations” of their family within the city.

The international workshop “Persecution at Home: Eviction and Resettlement of Jews Within the City Space” aims to provide an impetus for comparative research and to develop common comparative research of the “ghettoization” of the Jewish population in the cities under Nazi rule before mass deportation.